Orignally, the buildings of Fakkelgaarden were known as “Grænsehjemmet”. It was a cpmbination of a hostel and community centre for young people from North Schleswig and the rest of Denmark. . The idea was to make more people aware of the Danish/German border region and its history considering the union of Sønderjylland with the rest of Denmark just a few years prior.

“Grænsehjemmet” was opened officially on 18th October 1936 with both locals as well as King Christian X and Queen Alexandrine of Denmark in attendance. Martin Hammerich initiated the construction of “Grænsehjemmet”.

Common ground for Danes and Germans
During the second World War, the Germans used Grænsehjemmet as a site of recreation for wounded German soldiers. Kollund, alike many other places in Denmark, accommodated Danish saboteurs who frequently sabotaged the railways, among other things, to make life difficult for the Germans.
Towards the end of the war, however, three young saboteurs were close to being discovered and they were forced to go underground.
The story, will know, tells that the manager of Grænsehjemmet secretly gave the saboteurs shelter in the Tower. Until the liberation, they thus lived under the same roof as the occupying power, which continued to enjoy the recreational environment in happy ignorance of the presence of the saboteurs.

From youth hostel to exclusive restaurant
At his death, Martin Hammerich bequeathed the property to “Det unge Grænseværn”. In memory of his unique work, a memorial bust was erected at Grænsehjemmet. “Det unge Grænseværn” ran Grænsehjemmet until 1978, when the property was sold to the tenant J. Johansen. Thereafter, the buildings functioned exclusively as hostels until 1990, when they were again offered for sale. The Fleggaard family had opened their eyes to the many possibilities of the buildings and the seeds for a whole new era for the old – now thoroughly restored – buildings had been laid when the doors were opened in July 1992 for the Hotel and Restaurant Fakkelgaarden.

Today, Hotel and Restaurant Fakkelgaarden forms the framework for experiences, parties and special events for both local and visiting gourmets. 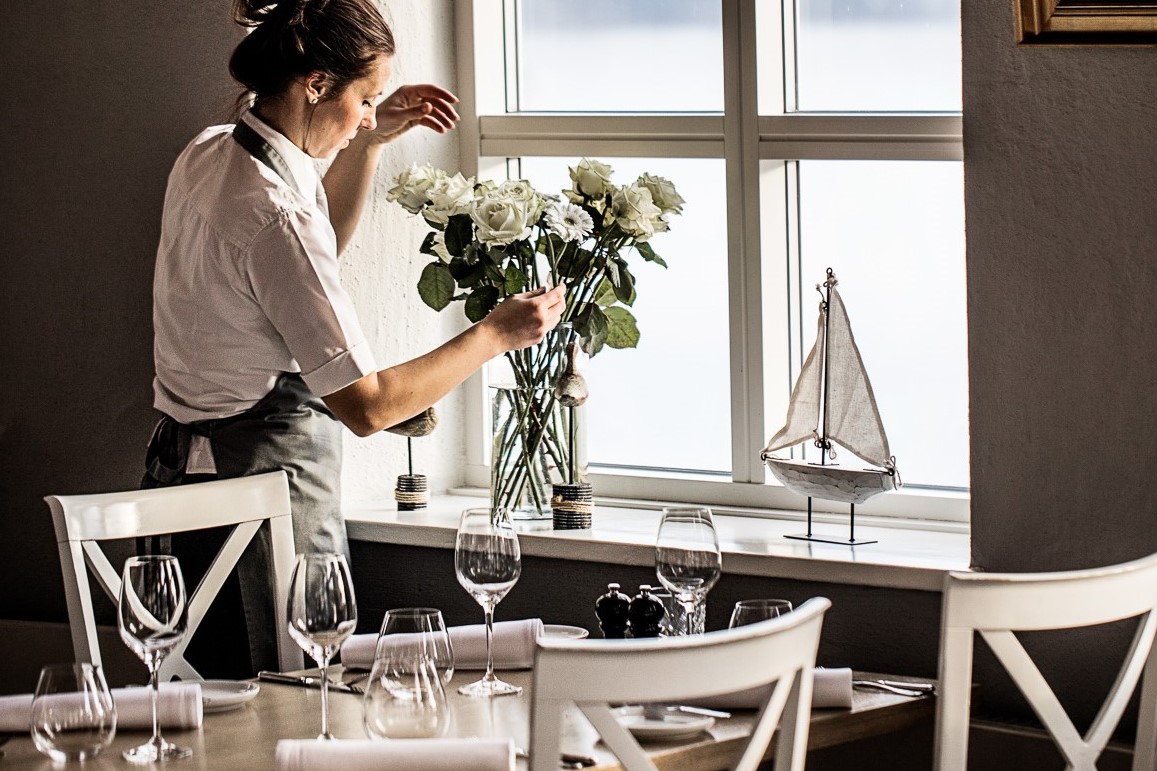